These features are required in phase-angle control to assure that the load power is gradually increased from zero to the value set by the command signal if load power is interrupted. This gradual increase of power prevents surge currents and avoids the possibility of saturating inductive loads like transformers.

This feature, available only on phase-angle controllers, provides a means to prevent the load current from exceeding a preset value. Current limiting is used to protect the load, the SCR controller, fuses, and the system supply from large surge currents that could occur at start up due to loads that have a low resistance when cold.

Either feedback or feed forward provides the means to achieve a linear relation between the desired output and the control or command signal. Feedback implies that the desired parameter is measured and "fed back" to the input of the control such that the output can be increased or decreased if corrective action is required. Feed forward involves a less expensive technique in which the output is simulated in the circuitry and corrective action is taken based upon the simulated circuit response. Both techniques provide a linear output with respect to the control or command signals and eliminate the effects of load and supply variations.

The over current trip feature prevents the SCR's from being turned on if the SCR current has exceeded a preset value during the last half cycle. Essentially, this feature is an electronic fuse which eliminates the need for expensive and troublesome semiconductor fuses. The controller can be reset by either removing and re-applying power or by momentarily closing a remote switch. This feature has proven to be a more reliable protection technique than fast acting fuses.

If an SCR does fail, it typically becomes shorted, allowing load current to flow continuously. In the event an SCR shorts, this feature energizes a relay which can be used to activate an alarm or remove system power.

This feature, available on some zero-cross controllers produced by Control Concepts, reduces the possibility of synchronous operation of two or more controllers. It reduces the variations in power demand resulting in a more stable supply voltage and improved power factor. The Sync-Guard feature does not alter the power applied to the load, but adjusts the time when power is applied in such a manner as to reduce the possibility of the controllers being ON and OFF at the same time.

The use of zero-cross controllers on the secondary of a transformer can cause saturation of the transformer resulting in excess transformer temperatures and early failure.

Transformers can be caused to saturate if a DC voltage is applied to the primary. DC voltage can be induced on the primary by DC components in the secondary. A simple half wave rectifier circuit will induce a DC voltage on the primary due to the fact that the voltage drop across the source resistance during the half cycle the diode conducts, will lower the primary voltage when the diode conducts. The effect is the same as if a zero-cross controller were not providing an equal number of positive and negative half cycles to the load. The source inductance can also cause a DC voltage to occur on the transformer primary. The Trans-Guard feature eliminates the problem by always supplying an odd number of ON half-cycles and an even number of OFF half-cycles. This technique guarantees that no DC will occur independent of the source impedance or the load configuration. 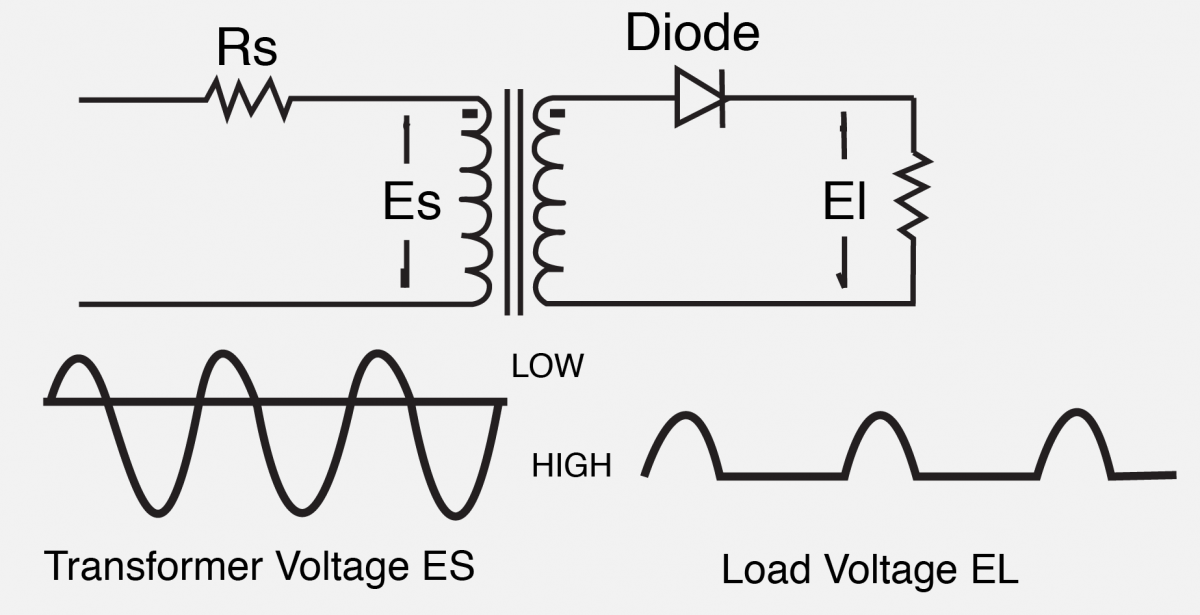 The saturation problem is not likely to occur when the load is a small percentage of the transformer capacity, or when the source resistance and inductance are small. However, the potential problem always exists unless the controller is designed with the feature described above.