Our single-phase controllers are listed here.

The connections for single-phase are the same for phase-angle and zero-cross. The difference between the two being the manner in which the SCR's are controlled. 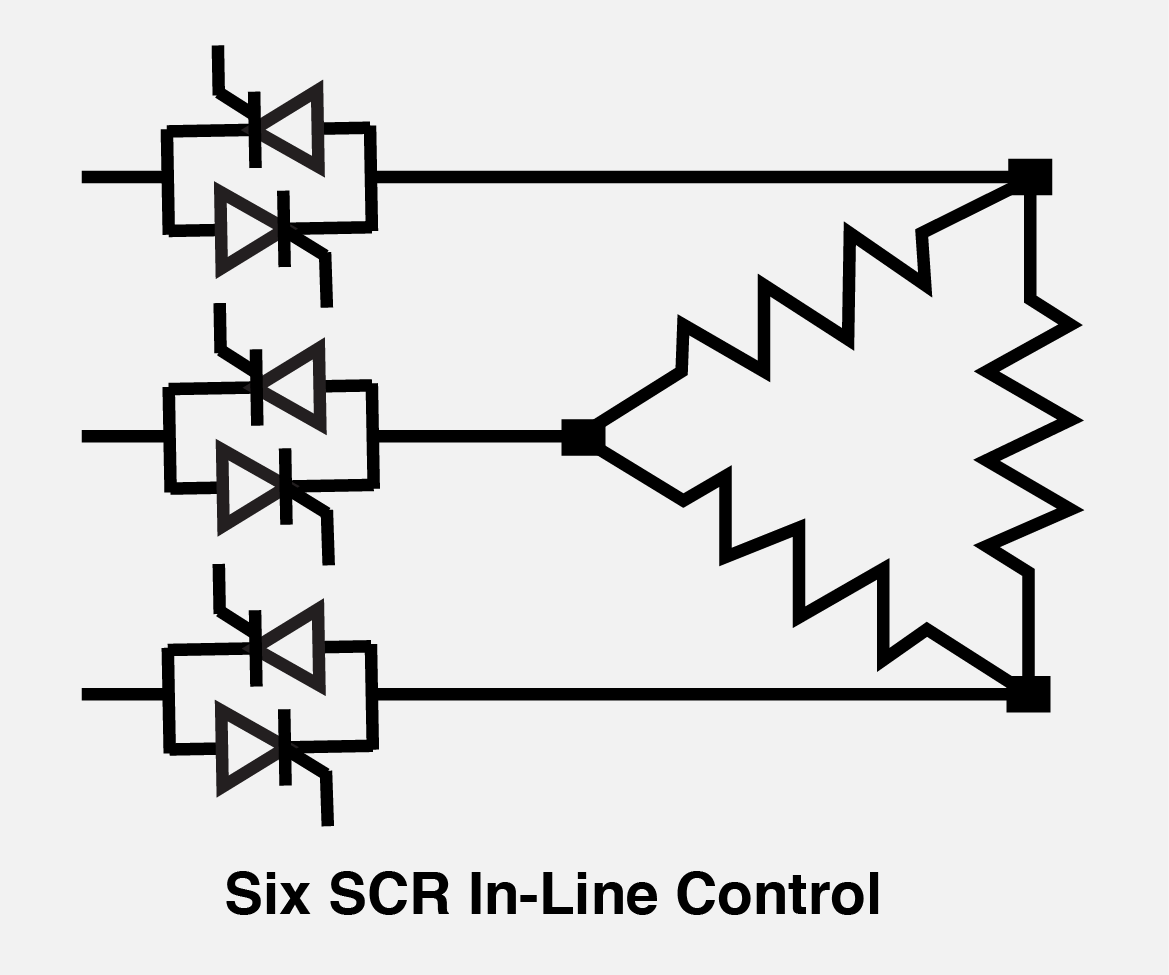 Our three-phase controllers are listed here.

Phase-angle control of three-phase requires a total of 6 power switching devices. These devices can be configured as hybrid (3 SCR's and 3 diodes), 6 SCR in-line or 6 SCR inside delta. 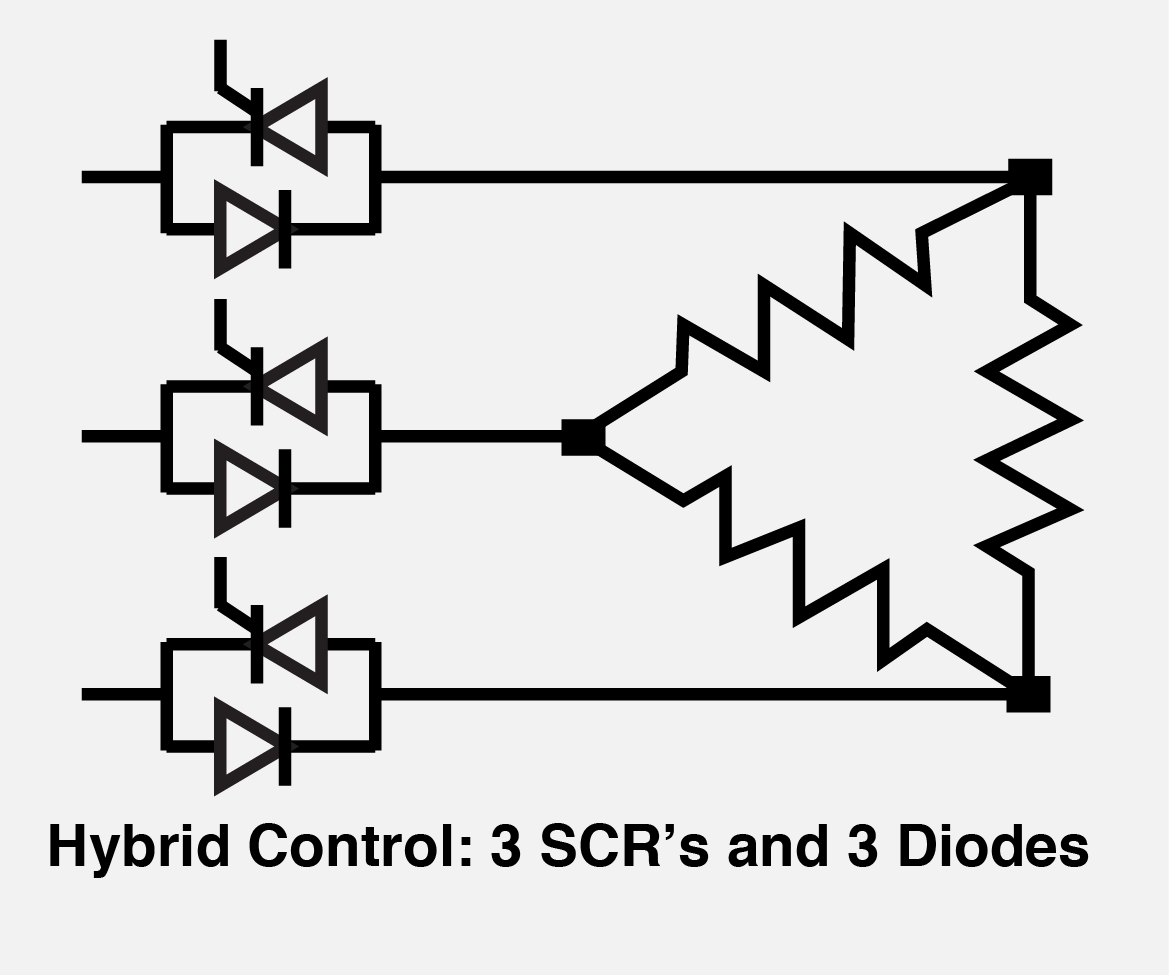 Three-phase hybrid controllers use three SCR's and three diodes in the power output state. These controllers are intended primarily for three-wire 'wye' or 'delta' type resistive loads connected directly to the controller (i.e., a transformer is not connected between the load and the controller). The three-phase hybrid controller should not be used in a four wire circuit. The fourth wire common return would allow uncontrolled conduction through the power diodes resulting in approximately 50% power output even though the SCR's were off.

The Six SCR controller, as the name implies, uses six SCR's to control the load power. This configuration is an ideal configuration for inductive load applications, unbalanced resistive loads and transformer coupled loads.

Caution: if the controller is operating a transformer, either the primary or the secondary must be a delta configuration. 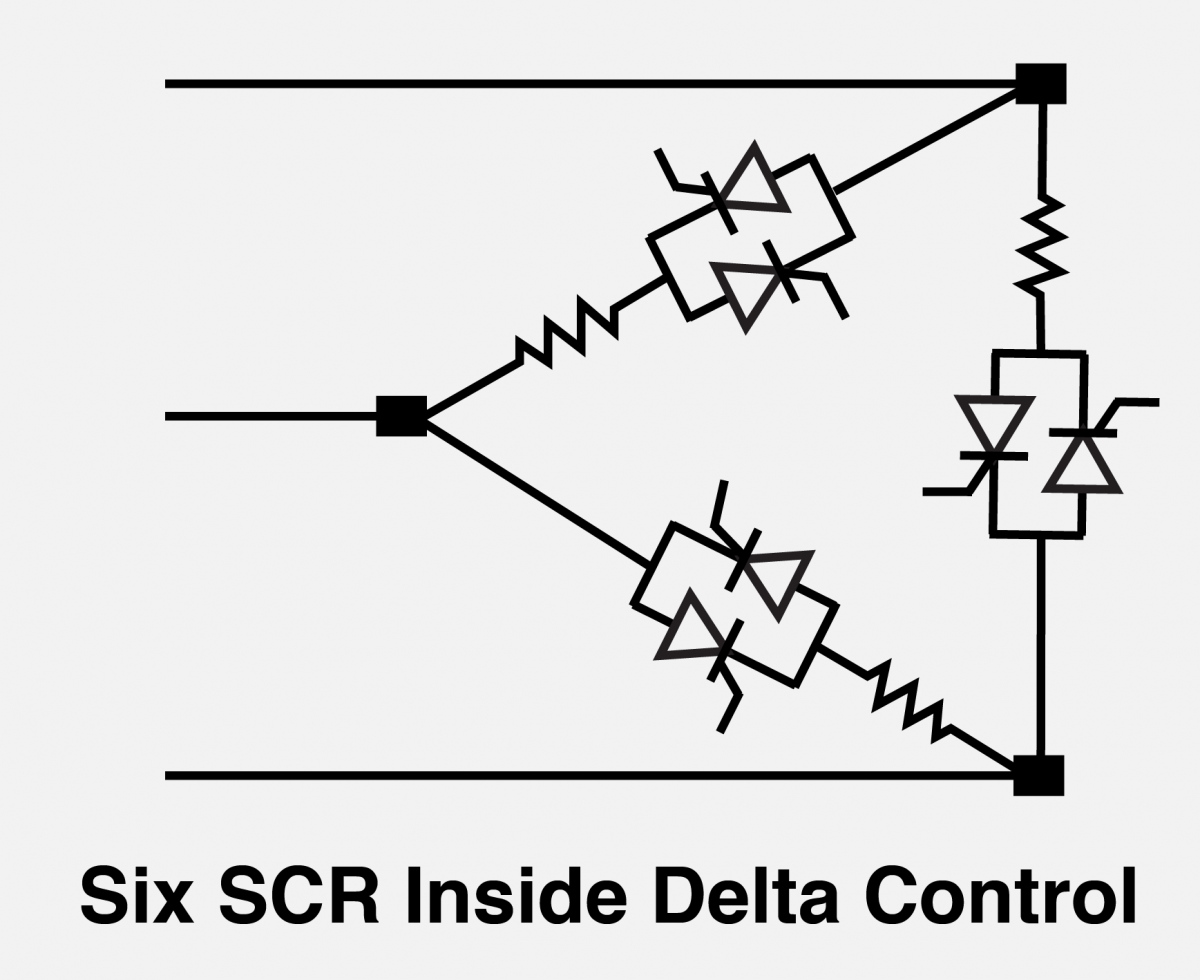 This approach uses a pair of back-to-back SCR's in two of the supply leads to the load. If all of the SCR's are off no power can be applied to the load. The two leg control can be used on either 'wye' or 'delta' loads, however, it cannot be used to control four wire loads. The primary advantages of the zero-cross control technique are lower cost and extremely low RFI. 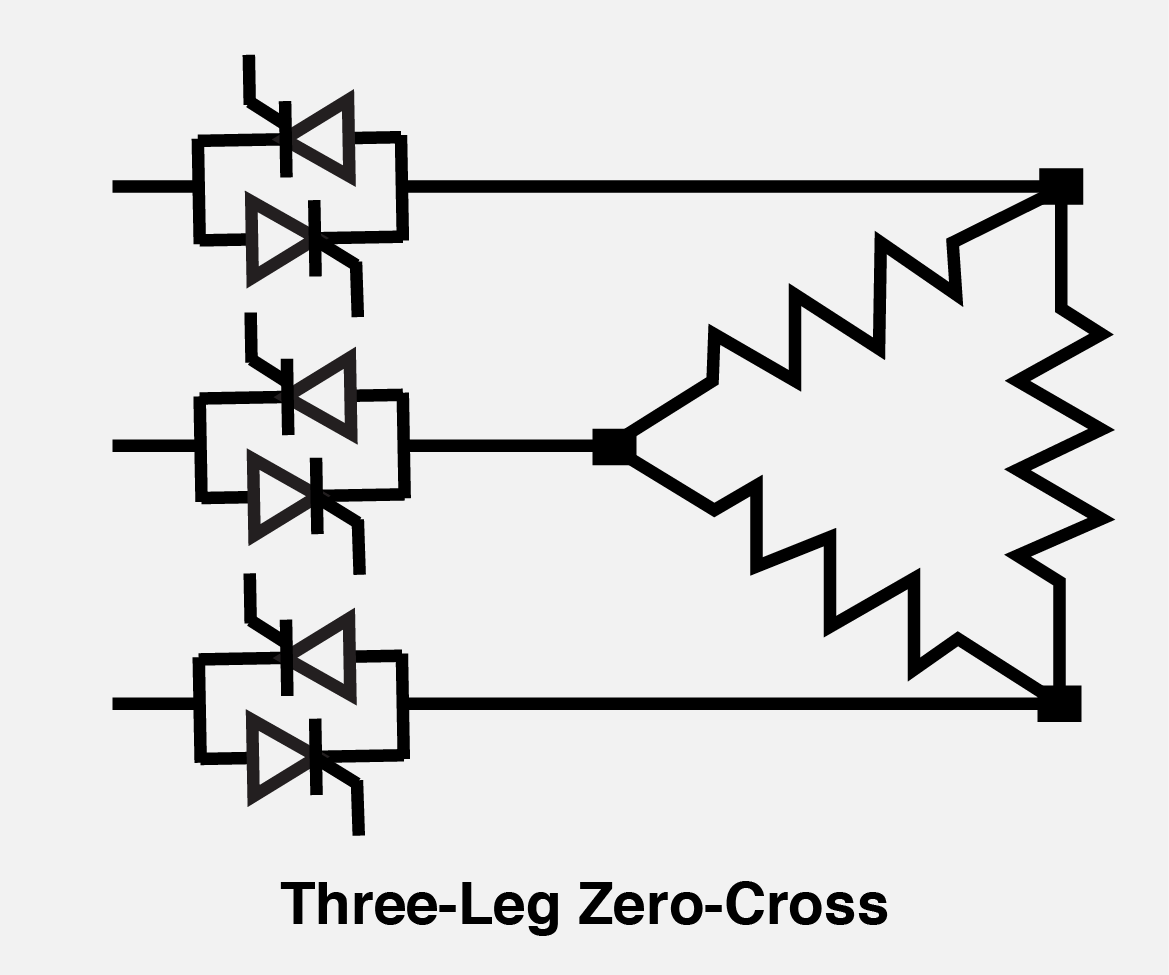 Some installations require that all three legs of the load be controlled and therefore back-to-back SCR's are placed in all three supply leads. The cost advantage of zero-cross control is reduced with 3-leg control because of the added SCR's and heat sink costs, however, the circuit cost is less than an equivalent phase-angle controller and the advantage of low RFI is retained.

Zero-cross using the inside delta technique can be used to reduce the current rating of the SCR's, and in some instances, system cost can be reduced.